What was the first movie to hit 1 billion? 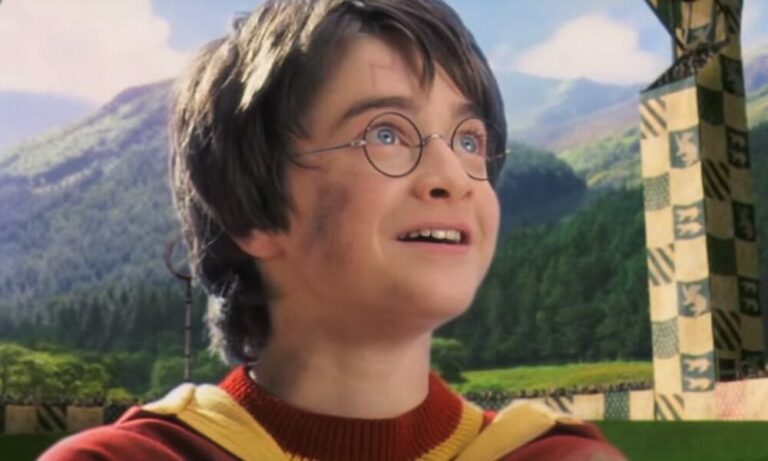 Have you ever wondered which movie was the first to hit the 1 billion mark? It’s an impressive feat and one that only a select few movies have been able to achieve. Is it a blockbuster superhero movie? A classic romance? Or something else entirely? Well, the answer may surprise you. The first movie to hit 1 billion was none other than the 1997 romantic epic, Titanic.

Titanic was, and still is, an incredibly popular movie, but it’s success was unprecedented. The movie was the highest grossing film of all time until it was dethroned by another film almost a decade later. How did Titanic manage to achieve such an impressive milestone? Let’s explore this question in more detail and find out.

What was the first movie to hit 1 billion?

The 1997 classic, Titanic, is the first movie to reach the milestone of 1 billion dollars at the box office. Directed by James Cameron, the movie follows two young lovers, Jack Dawson and Rose DeWitt Bukater, as they board the ill-fated RMS Titanic.

Released on December 19th, 1997 in the United States, the movie was an instant success. It grossed over $28.6 million in its opening weekend and would go on to earn $600.8 million domestically and $1.2 billion worldwide. To this day, it is still the second highest grossing movie of all time, coming in behind only Cameron’s 2009 movie, Avatar.

The success of Titanic was largely due to its sweeping story, memorable characters, and powerful performances. Leonardo DiCaprio and Kate Winslet, who played Jack and Rose, respectively, had undeniable chemistry and portrayed their characters with emotion and depth. Additionally, Cameron’s direction was masterful and the film was a visual marvel.

The movie’s success was also bolstered by its incredible soundtrack, composed by James Horner. The song, “My Heart Will Go On”, performed by Celine Dion, was a huge hit and is still one of the most famous movie songs of all time.

The success of Titanic was unprecedented. When it was released, it seemed inconceivable that a movie could gross over a billion dollars. In fact, the movie was the first movie to do so, and it paved the way for other movies to reach this same milestone. It’s a testament to the power of the movie and its enduring legacy that, twenty-three years later, it’s still remembered and beloved by many.

Marlon Brando is widely recognized as the first actor to break the $1 million threshold for a single role. In 1962, he was paid $1.25 million (£400,500) – equivalent today to $8.8 million; £6.1 million – for his starring role in Mutiny on the Bounty. This was an astronomical paycheque for the time and set a new standard for actors’ earnings.

Brando’s success was the culmination of a long career. He had appeared in a number of films and stage productions, including A Streetcar Named Desire and The Wild One, before taking on the role of Fletcher Christian in Mutiny on the Bounty. His performance earned him two Academy Awards, and after the success of the film, he was in high demand from studios. He was able to command a higher salary than any other actor had before and set the precedent for what actors could expect to be paid.

The historic $1 million paycheque was not the only benefit Brando received for the role. He also negotiated a profit-sharing deal that meant he would receive a percentage of the film’s profits. This proved to be the most lucrative aspect of his deal, as Mutiny on the Bounty grossed more than $30 million in the United States alone.

The success of Brando’s deal was felt throughout the industry, as it encouraged other actors to demand higher paydays. It also forced studios to re-evaluate their budgets, as they now had to factor in the cost of paying actors, as well as other production costs. As a result, actors’ salaries began to rise, with some of the biggest stars commanding $10 million for a single role by the late 1990s.

Marlon Brando’s groundbreaking $1 million paycheque allowed him to lead a life of luxury and cemented his status as one of the greatest actors in the history of cinema. It also opened the door for other actors to command higher paydays for their work, which has had a lasting impact on the film industry.

What is the richest movie made?

The world of cinema has seen some blockbuster hits that have gone on to become some of the most profitable and successful films in the history of filmmaking. One of the most successful of these is Pirates of the Caribbean: On Stranger Tides, released in 2011. This fourth installment of the Pirates of the Caribbean franchise is the highest-grossing film in the series, and the 18th highest-grossing film of all time.

Directed by Rob Marshall and produced by Jerry Bruckheimer, the film was a huge success at the box office, making over $1 billion, and becoming the fourth film to reach the $1 billion milestone. The film had a budget of around $250 million, which was the largest budget ever for a film at the time. The movie stars Johnny Depp as Captain Jack Sparrow, Penelope Cruz, Geoffrey Rush, and Ian McShane.

The success of Pirates of the Caribbean: On Stranger Tides was followed by the success of Marvel’s Avengers franchise. Avengers: Age of Ultron, released in 2015, is the second highest-grossing film of all time with a box office total of $1.4 billion. It was followed by Avengers: Endgame, released in 2019, which is now the highest-grossing film of all time, making over $2.8 billion.

The third film in the franchise, Avengers: Infinity War, released in 2018, is the fourth highest-grossing film of all time, making over $2 billion. It was the first film to reach the $2 billion milestone, and had a budget of around $400 million, making it the most expensive film ever made at the time.

The success of these films have had a major impact on the film industry, with studios now taking bigger risks and investing more money into blockbuster films. This has resulted in some of the most successful and profitable films of all time, with Pirates of the Caribbean: On Stranger Tides, Avengers: Age of Ultron, Avengers: Endgame, and Avengers: Infinity War all becoming some of the richest movies ever made.

Who is the highest paid actor?

Dwayne “The Rock” Johnson is widely regarded as one of the highest paid actors in the world. The popular action star earned 50 million dollars after Amazon Studios acquired the rights for his upcoming film “Red One.” This makes Johnson the highest paid star in the industry.

In a list of the best-paid actors worldwide as of August 2021, Daniel Craig heads the list with a whopping annual income of 100 million U.S. dollars. While Johnson bags the second spot, Tom Cruise, Ryan Reynolds, and Jackie Chan follow suit with 80, 71.5, and 70 million U.S. dollars respectively.

What makes Johnson such a sought-after actor? He is known for his versatility in the industry, having acted in some of the biggest blockbusters of the decade. He has also made his mark in the television industry with his hit show, “Ballers.” His films have grossed over $3.5 billion worldwide and he has been named the highest-paid actor in the world by Forbes magazine in 2016 and 2018.

Johnson has also established himself as an entrepreneur and a philanthropist. He has his own clothing line, Project Rock, and has also ventured into the fitness industry with his own line of supplements. He has also founded the Dwayne Johnson Rock Foundation, which is dedicated to helping children with terminal illnesses.

It is no surprise that Johnson has been able to make so much money. He has leveraged his star power to land lucrative deals and endorsement contracts. He has also been able to build a large and loyal fanbase that follows him everywhere he goes.

Johnson is also well-known for his high level of professionalism and commitment to his craft. He is known for being on set early and staying late, and his dedication to his work has made him a sought-after actor in Hollywood.

The Rock has truly earned his spot as one of the highest paid actors in the world. With his blockbuster films, successful business ventures, and philanthropic initiatives, it is clear that Johnson is a force to be reckoned with in the entertainment industry.

Who is the first richest actor?

When it comes to the world’s richest actors, Jerry Seinfeld is currently at the top of the list. As of 2022, his estimated net worth is a staggering $1 billion. This tremendous wealth is largely due to his long-running TV show, Seinfeld, which made him one of the highest-paid actors and comedians of all time.

Seinfeld’s success is impressive, but it is not the only example of an actor becoming extremely wealthy. Coming in second on the list of the world’s richest actors is Tyler Perry, with an impressive net worth of $800 million. Perry has gained his wealth through a variety of sources, including his many television and film projects, his own studio, and his production company.

Perry’s career began in 1992 when he wrote, produced, and starred in a play called I Know I’ve Been Changed. The play toured around the country, eventually running for five years. It was during this time that Perry began to gain fame and recognition, ultimately helping to launch his career.

Since then, Perry has gone on to write and produce a number of successful films, including Diary of a Mad Black Woman, Madea’s Family Reunion, and Madea Goes to Jail. He also created the popular television series House of Payne, as well as producing other television shows and movies. Perry is also the owner of Tyler Perry Studios in Atlanta, which has become one of the most successful film studios in the country.

In addition to his film and television projects, Perry is also an accomplished author. He has written a number of books, including Don’t Make a Black Woman Take Off Her Earrings, which was a New York Times bestseller. Perry has also written two children’s books, as well as a number of inspirational books.

Overall, Tyler Perry has become one of the wealthiest actors in the world, and he shows no signs of slowing down. With his impressive net worth and continued success in the entertainment industry, he is sure to remain one of the world’s richest actors for years to come.

Titanic was a revolutionary movie that broke boundaries and set records. Its success was unprecedented and it still stands as one of the most successful movies of all time. It’s a testament to the power of storytelling and the impact of a well-crafted film. So if you’re ever looking for a movie that will leave you feeling inspired and moved, look no further than Titanic. Check it out today and see what all the fuss is about!