Why is grinch green? 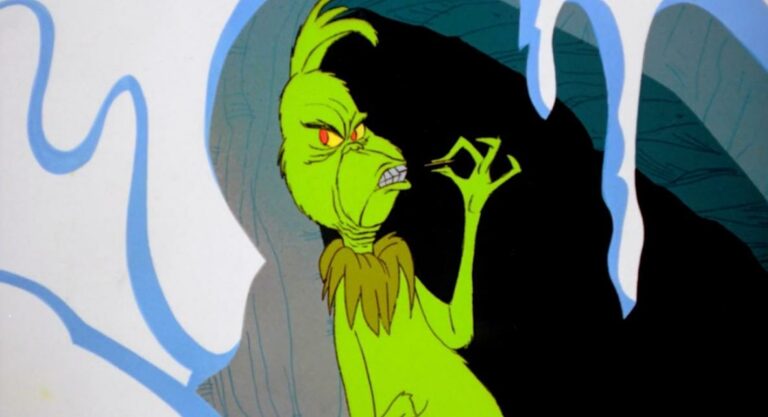 Have you ever wondered why the Grinch is green? After all, when Dr. Seuss’ original book was published in 1957, the Grinch was black and white. So how is it that the Grinch became green? Is it a coincidence or is there a deeper meaning behind it? Is the color green symbolic in some way? Get the answers to these questions and more in this blog post as we explore the history and possible reasons behind the Grinch’s green hue.

Why is grinch green?

The Grinch is a beloved literary character and one of Dr. Seuss’ most iconic creations. He is a green, furry creature who lives on a mountain overlooking the town of Whoville and is characterized by his misanthropic attitude and his hatred of Christmas. His story, first told in the 1957 book How the Grinch Stole Christmas!, has since been adapted into numerous other forms, most notably the animated television special of the same name that aired in 1966.

One of the most memorable aspects of the Grinch is his green skin. This was not part of the original version of the character in Dr. Seuss’ book. Instead, the book’s illustrations depict him as black and white. However, when Chuck Jones was chosen to direct the animated adaptation, he decided to make the Grinch green, reportedly inspired by the color of his rental car.

The Grinch’s green color has since become an iconic part of the character’s design. It’s been used in numerous adaptations of the story, including the 2000 film starring Jim Carrey, and the 2018 computer-animated film. It’s even been the source of much speculation, with fans theorizing that the Grinch’s green color is meant to represent his envy of the people of Whoville, or to symbolize his transformation from a Scrooge-like figure to a kinder and more sympathetic character.

Whether the Grinch’s green color is meant to represent his envy or his transformation, one thing is certain: over the years, the Grinch’s green hue has become an integral part of the character’s design. It has been used to create memorable products, and to help tell the story of a character who has captivated the imaginations of people of all ages for generations.

Why is the grinch green and not a who?

The Grinch has been a beloved character for generations and is known for being green. But why is the Grinch green and not a Who like the rest of the residents of Whoville? It all comes down to a decision made by the director of the classic animated television special, Chuck Jones.

When Dr. Seuss wrote the book, “How the Grinch Stole Christmas!” in 1957, the character had been drawn in black-and-white illustrations. However, when it came time to adapt the book into an animated television special, Jones decided to make the Grinch green. Reports suggest that the inspiration for this color choice came from the color of his rental car.

Jones was no stranger to color and animation. He had worked as a director on several classic Looney Tunes cartoons, like “Duck Dodgers in the 24½th Century” and “One Froggy Evening.” He was also famous for his work on the classic Tom and Jerry cartoons. With an impressive resume like that, it’s no surprise that Jones decided to make the Grinch green.

In addition to the Grinch’s iconic green color, Jones also made several other changes to the character’s design. He gave the Grinch a heart-shaped head, crooked teeth, and a big red bow. These additions gave the character more of a Christmas feel and made the Grinch even more lovable.

Is the grinch green or yellow?

When it comes to the iconic Dr. Seuss character, The Grinch, the question of what color he is has been debated for years. Is he green? Is he yellow? The answer is both.

The Grinch first appeared in the 1957 book, “How the Grinch Stole Christmas”, and was illustrated by Dr. Seuss himself. In the book, the Grinch is depicted as green, with white fur around his eyes and a yellow nose. This is how we know him today.

When the 1966 animated film adaptation of the book was released, the Grinch’s color was changed to yellow. He had a white face and his nose was still yellow. This was done to make the character stand out against the snowy backdrop.

The Grinch’s color underwent another change when the 2000 live-action movie adaptation was released. In this version, the Grinch was portrayed as a green character with green eyes. However, he was not depicted as “fluffy” like he was in the book.

At the end of the day, the Grinch’s color is a matter of personal preference. Some people prefer the classic Dr. Seuss look of a green Grinch, while others prefer the modern movie version of a yellow Grinch. Whichever version you prefer, the Grinch is sure to bring a smile to your face.

What mental illnesses does the grinch have?

The Grinch is an iconic character, made famous by the Dr. Seuss book and film “How the Grinch Stole Christmas.” Despite his green skin, pointy ears, and penchant for stealing Christmas, many people don’t realize that the Grinch may be suffering from a mental illness.

The Grinch appears to be suffering from an almost textbook case of Antisocial Personality Disorder (ASPD) with depressed mood, said Todd Hill, a clinical psychologist in Halifax. This disorder is characterized by the following symptoms:

-Failure to conform to social norms with respect to lawful behaviors as indicated by repeatedly performing acts that are grounds for arrest.

-Deceitfulness, as indicated by repeated lying, use of aliases, or conning others for personal profit or pleasure.

-Impulsivity or failure to plan ahead.

-Irritability and aggressiveness, as indicated by repeated physical fights or assaults.

-Reckless disregard for safety of self or others.

-Lack of remorse, as indicated by being indifferent to or rationalizing having hurt, mistreated, or stolen from another.

In addition to these symptoms, the Grinch also appears to have a deep underlying depression. His loneliness and isolation from the world is indicative of this. He is often seen talking to himself and his dog, Max, and spends a significant amount of time in the mountains, away from the people of Whoville. It’s likely that he has difficulty connecting with people, as is common with people who suffer from ASPD.

The Grinch’s mental illness likely stems from his past. We don’t know much about his family or childhood, but it’s likely that he faced some kind of major trauma that led to the development of his mental illness. It’s possible that he was neglected or abused as a child, which could explain his feelings of anger and resentment towards the people of Whoville.

The Grinch is a reminder that mental illness can affect anyone, even a green, pointy-eared creature from outer space. While it can be difficult to understand and manage, it is possible to find redemption and joy, even in the darkest of places.

Is the grinch 3rd person?

The Grinch, Dr. Seuss’s beloved Christmas grump, is usually thought of as a first-person narrator. But the 2000 movie adaptation, starring Jim Carrey, uses a different point of view. The film’s version of the Grinch is told in third-person point of view. An outside narrator tells the story and we know the thoughts and feelings of more than just one character, making it a much richer story.

Third-person point of view has its advantages. By having an outside narrator, we can get into the heads of other characters and understand how they feel. We can also gain insight into the motivations of the Grinch himself. In the movie, we learn that the Grinch’s bitterness and hatred of Christmas comes from his childhood, when he was bullied and laughed at for his green skin. This is something we wouldn’t understand if we only heard the Grinch’s narration.

Overall, the third-person point of view used in the 2000 movie adaptation of the Grinch gives us a much richer story. We get to know the characters better, understand their motivations and emotions, and see the Grinch’s transformation in a more balanced way. It is a great example of how a simple change in point of view can completely change the story.

The Grinch’s green hue is more than just a coincidence, it’s symbolic of transformation and growth. As we’ve seen, green is associated with hope, renewal, and a new outlook on life. So the next time you watch How the Grinch Stole Christmas, take a minute to reflect on the power of transformation and the potential for positive change in our lives. And remember, don’t forget to spread a little cheer this holiday season!