Who is the Richest Man in History: Emperor Mansa Musa 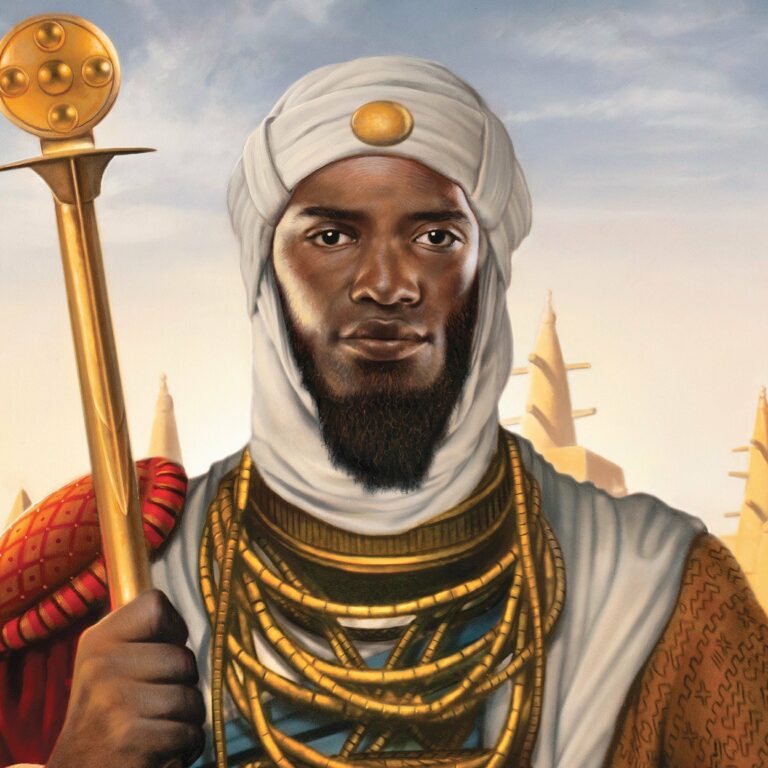 Mansa Musa was an African emperor who lived in the 14th century and is believed to have been the wealthiest person in history. His wealth was so great that it was described as “unimaginable” or “incalculable” and is estimated to be the equivalent of $400 billion in modern-day money. But who was this mysterious man and how did he acquire such wealth? Let’s explore the life of Mansa Musa and the incredible wealth he amassed.

I. Who is Mansa Musa?

Mansa Musa (also known as Musa I) was an African emperor from the Mali Empire who ruled from 1312 to 1337. He was born in 1280 and was the grandson of Sundiata Keita, the founder of the Mali Empire. The Mali Empire was one of the largest empires in Africa and included what is now modern-day Guinea, Mali, Senegal, Gambia, Burkina Faso, and Niger.

Musa ascended to the throne in 1312 and immediately began a series of ambitious projects to expand the empire and strengthen his power. He constructed mosques and schools throughout the empire, built roads, and developed a powerful army. He also established trade routes with other empires in Europe and Asia, making the Mali Empire one of the wealthiest and most powerful in the world.

II. How Did Mansa Musa Accumulate Such Wealth?

Mansa Musa’s wealth was largely due to the natural resources of the Mali Empire. During his rule, the empire was rich in gold, salt, and other valuable commodities. Musa was also a shrewd businessman and exploited the empire’s resources to increase his wealth. He established monopolies on gold and salt production, allowing him to control the prices of these commodities and increase his profits.

He also used taxation to increase his wealth. Musa imposed taxes on trade, which created a steady stream of income for the empire. He also used his wealth to invest in other businesses, such as agricultural production, which further increased his wealth.

III. What is the Equivalent of Mansa Musa’s Wealth Today?

Mansa Musa’s wealth was estimated to be the equivalent of $400 billion in modern-day money. This amount of wealth would make him the richest person in history, surpassing even the wealthiest billionaires of today.

The amount of wealth that Musa had was truly incredible. He was even said to have been able to purchase entire cities with his wealth. He was also known to be extremely generous and would often give away his wealth to those in need. He was so generous that it was said that he once gave away enough gold to cause a depression in the price of gold in Europe.

Mansa Musa was an African emperor who lived in the 14th century and is believed to have been the wealthiest person in history. He was a shrewd businessman who used taxation and monopolies to increase his wealth and he was generous with his wealth, often giving it away to those in need. His wealth is estimated to have been the equivalent of $400 billion in modern-day money, making him the richest person in history.