Who is the Most Popular 10-Year-Old? Meet Ryan Kaji 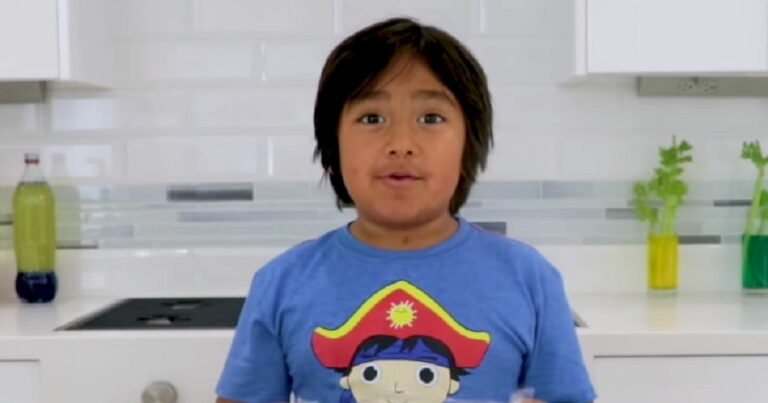 In human years, Ryan Kaji is 10. In YouTube views, he’s 48,597,844,873. If, in our digital age, a person’s life can be measured by their online footprint, Ryan’s is the size of a brachiosaur’s, which, as a lot of Ryan’s fans know, is gargantuan. Ryan Kaji is the most popular 10-year-old in the world, and he has achieved this feat by becoming a YouTube sensation.

Ryan Kaji is a Japanese-American YouTuber who began his career at the tender age of four. He is most well known for his educational and entertaining videos which have gained him a massive online following. With over 48 billion views, it is no wonder that Ryan Kaji is the most popular 10-year-old in the world.

Today, Ryan Kaji is the highest-paid YouTube star in the world, according to Forbes. He has a line of toys, books, and other merchandise. He also has a massive following on social media, with over 27.7 million followers on Instagram and 22.3 million subscribers on YouTube. Ryan Kaji has even been featured in several television shows and films, making him an international star.

Ryan Kaji’s success is no accident. He and his parents carefully cultivated his YouTube content to make it appealing and educational for young viewers. Ryan Kaji’s videos primarily focus on unboxing and reviewing different toys. He also does science experiments and teaches viewers about different topics such as numbers, letters, and colors.

In addition to his educational videos, Ryan Kaji also features his family in his videos. His parents, Shion and Loann, are also YouTubers and feature in many of Ryan’s videos. His younger sister, Emi, also makes occasional appearances. This has helped to make Ryan Kaji’s videos even more relatable and enjoyable to viewers.

Ryan Kaji’s videos have also been carefully targeted towards young audiences. His videos are filled with bright colors and animations, which makes them even more appealing to children. Furthermore, Ryan Kaji’s catchphrases such as “Let’s have some fun!” and “Don’t forget to subscribe!” have become incredibly popular and have helped to drive engagement with his videos.

The Impact of Ryan Kaji’s Popularity

The impact of Ryan Kaji’s popularity is far-reaching. His videos have inspired a generation of young viewers to pursue their interests and learn about the world around them. Furthermore, his success has shown that anyone can make it big on YouTube, no matter their age or background.

Finally, Ryan Kaji’s success has also highlighted the importance of digital literacy. His videos have taught viewers about internet safety and the importance of being aware of their online presence. This is especially important for young viewers, who are more vulnerable to online predators and cyberbullying.

Ryan Kaji is an incredible success story and an inspiration for young viewers. His success has highlighted the importance of digital literacy and the potential of YouTube as a platform for learning. Furthermore, his success has shown that anyone can achieve success on YouTube, no matter their age or background. Ryan Kaji is the most popular 10-year-old in the world, and his success is a testament to the power of the internet.