What’s the difference between paramount and paramount plus? 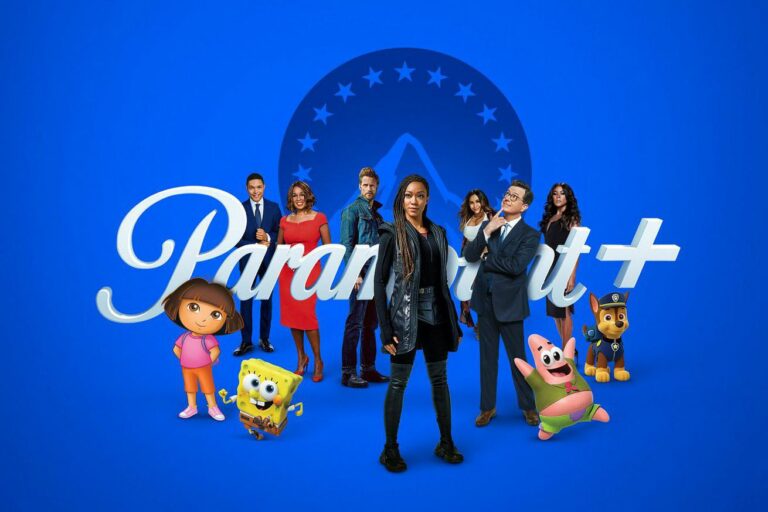 Do you know the difference between Paramount Plus and Paramount Network? Have you ever wondered which one to choose for streaming content? If so, this article is for you! Here, we will look at the differences between the two services, and discuss which one is best for streaming content. We will go into detail about the range of content available on each service, the cost of each, and any special features that make one service stand out. By the end of this article, you will know exactly which service is right for you. So, don’t wait any longer – let’s get started!

What’s the difference between paramount and paramount plus?

Paramount Plus and Paramount Network are two different entities owned by ViacomCBS, the parent company of many popular media outlets such as MTV and Nickelodeon. While they share the same name, there are significant differences between the two.

Paramount Plus is a subscription-based streaming service that provides access to a wide range of movies, shows, and other content from ViacomCBS’s networks and studios. It features a library of new and classic films, exclusive content from networks like Showtime and Comedy Central, and live sports from CBS and the NFL Network. It also gives subscribers the ability to watch live CBS broadcasts, as well as the ability to stream Paramount Network, CBS All Access, and BET+ content.

Paramount Network, on the other hand, is a traditional cable channel available to people who pay for it through a live-TV provider. It is primarily an entertainment channel, featuring original shows, movies, and documentaries. It is best known for its original series Yellowstone, which is currently airing its fifth season. It is also the home of Lip Sync Battle and the reboot of the classic game show Double Dare.

Paramount Network is available to people who have a live-TV provider, such as DirecTV, Dish Network, Xfinity, Verizon Fios, and AT&T U-verse. It is typically offered on a basic cable package, so it can be accessed by anyone who has a subscription to one of these services. Paramount Network features original scripted dramas and comedies, as well as popular shows such as Yellowstone and Lip Sync Battle.

On the other hand, Paramount Plus is a subscription streaming service that can be accessed without having a live-TV provider. It launched in March 2021, and it includes a large library of movies and TV shows from the Paramount library, as well as original content and live sports. It also includes access to CBS All Access, so subscribers can watch CBS shows and exclusive CBS All Access content.

Paramount Plus also offers a wide range of exclusive content that is not available on Paramount Network, such as the reimagined Frasier series and documentaries such as The Real World: Homecoming. It also offers live sports, including UEFA Champions League, NCAA March Madness, NFL, and more.

Is yellowstone season 5 moving to paramount plus?

The popular television drama series Yellowstone is back for its fifth season, and fans are eager to find out what happens next in the drama-filled world of the Dutton family ranch. But with the move of the show from the Paramount Network to the streaming platform Paramount Plus, many are wondering if Yellowstone season 5 is moving to Paramount Plus as well.

The good news is that Yellowstone season 5 is indeed airing on Paramount Plus, and is available to stream on the platform. While this is great news for those who have subscribed to the streaming service, it does mean that fans who are used to watching the show on the Paramount Network will have to switch over to streaming in order to keep up with the show.

It’s also important to note that while you can stream the new season of Yellowstone on Paramount Plus, the streaming service does not offer any spinoffs or other related programming. However, you can expect all the same great content you’ve come to expect from Yellowstone, including the same cast, characters and storylines that have made the show so popular.

In addition to streaming the new season of Yellowstone on Paramount Plus, fans can also find a variety of special content related to the show, including behind-the-scenes footage and interviews with cast and crew. This is great for those who want to dive deeper into the world of Yellowstone and learn more about the characters and storylines that make the show so captivating.

Overall, fans will be pleased to know that Yellowstone season 5 is indeed moving to Paramount Plus for streaming. And while the show may not be available on the Paramount Network app or website, fans can rest assured that they can still enjoy all the great content they’ve come to expect from Yellowstone, including special behind-the-scenes content and interviews. So if you’re looking to catch up on the new season of the show, then Paramount Plus is the only place to go.

Streaming services have become increasingly popular over the past decade, and with the launch of Paramount Plus, viewers have been given another fantastic option to watch their favorite shows and movies. One of the biggest questions on people’s minds is whether or not the popular series 1883 is available on Paramount Plus.

1883 is an American drama series following the lives of two families in the 19th century. It stars some of the most beloved actors in Hollywood, including Julianne Moore, Michael Shannon, and Antonio Banderas. Since its debut in 2020, it has become a fan favorite and is often cited as one of the best series on television.

The good news is that 1883 is indeed available to stream on Paramount Plus. The streaming service holds the exclusive rights to the series, meaning that it is not available on other platforms such as Netflix or Hulu. Paramount Plus subscribers can watch all three seasons of the show, as well as any spin-offs that may have been released.

In addition to 1883, Paramount Plus has a wide selection of other shows and movies available for streaming. They have a library of classic films and television shows from the Paramount Pictures catalogue, as well as exclusive content from other studios. Subscribers can also access live sports events and concerts, as well as original programming from their favorite Paramount Plus stars.

For those looking to watch 1883, Paramount Plus is the only streaming service with the exclusive rights to the show. All three seasons are available to stream on the service, as well as any spin-offs that may have been released. It is important to note, however, that 1883 is only available to stream in the United States. Those outside of the US will not be able to access the show on Paramount Plus.

In conclusion, 1883 is available to stream exclusively on Paramount Plus. Subscribers can watch all three seasons of the show, as well as any spin-offs that may have been released. Paramount Plus also offers a wide selection of other shows and movies, live sports events and concerts, and original programming. However, due to licensing restrictions, 1883 is only available to stream in the US.

Is paramount plus bundled with anything?

Paramount Plus is the latest streaming service from ViacomCBS. It offers a massive library of movies, TV shows, and original programming from the ViacomCBS library. As well as classic shows from MTV, Nickelodeon, Comedy Central, and Paramount Pictures, Paramount Plus also includes exclusive shows and movies from CBS, Showtime, and more. It’s an impressive lineup, but is Paramount Plus bundled with anything else?

The answer is yes. Paramount Plus offers a bundle with Showtime. With this bundle, you’ll get access to the movies, sports, documentaries, and original programming on Showtime, in addition to all of the titles available on Paramount+. This bundle is a great way to expand your streaming library and add more channels to your subscription.

The Showtime bundle is a great way to get the most out of your Paramount Plus subscription. With a Showtime subscription, you’ll get access to a wide variety of movies, television series, and original programming. This includes shows like Billions, Penny Dreadful, and Ray Donovan, as well as movies from MGM and Universal. You’ll also have access to documentaries, sports, and special events. Plus, you’ll get access to the Showtime streaming service, which offers on-demand access to a wide variety of movies and shows.

The bundles available on Paramount Plus are a great way to get access to more content and save money. All of the bundles are discounted, so you can get more content for a lower price. Plus, you can always add or remove bundles at any time, so you can customize your subscription to suit your needs.

So, is Paramount Plus bundled with anything? The answer is yes. Paramount Plus offers several bundles with other networks and streaming services, so you can get more content for your subscription. Whether you’re looking for classic shows, movies, sports, or documentaries, there’s something for everyone on Paramount Plus.