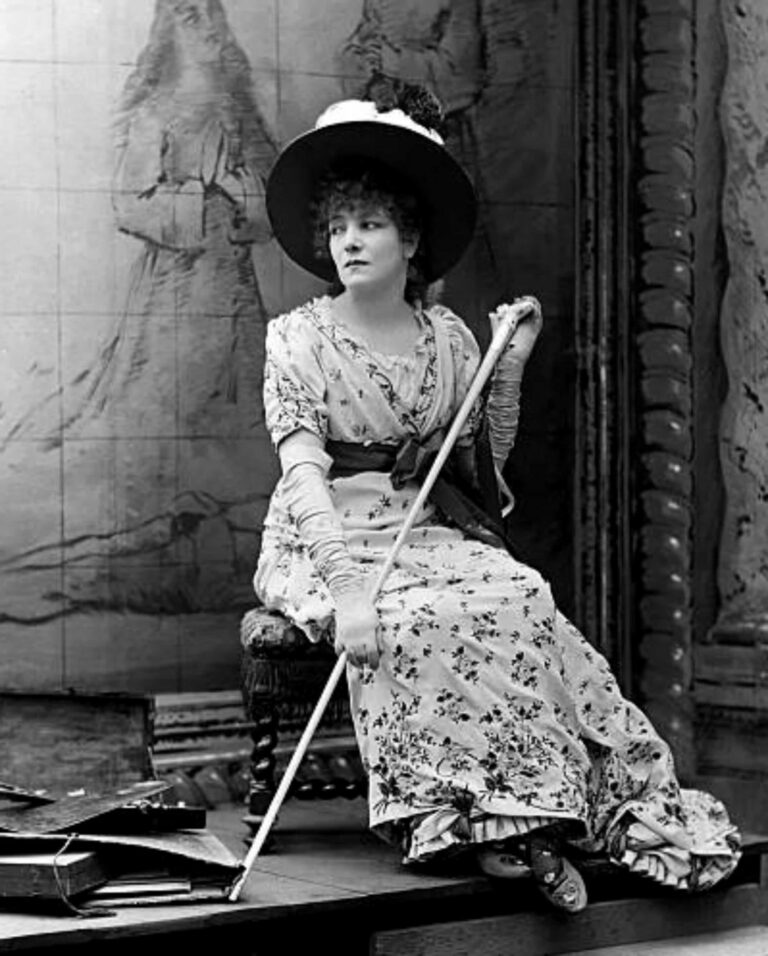 Sarah Bernhardt is often regarded as the world’s first celebrity. Her fame spread throughout Europe and the United States during the late 19th century, and the public was captivated by her lavish lifestyle, exotic pet collection, and rumors of her sleeping in a coffin. To this day, she is still revered for her influence on the performing arts. In this blog post, we’ll explore who Sarah Bernhardt was, how she became famous, and why she is still revered today.

1. Who Was Sarah Bernhardt?

Sarah Bernhardt was born Henriette-Rosine Bernard in Paris in 1844. She was the illegitimate daughter of an unmarried courtesan and a Dutch banker. Despite her humble beginnings, she was determined to become a renowned actress and embarked on a career in the theater.

Sarah’s star rose quickly. By the mid-1870s, she was already a major star in Europe. She was known for her powerful performances, her impeccable technique, and her willingness to take on challenging roles. She quickly became a beloved figure in Europe, and her fame spread to the United States.

2. How Did Sarah Bernhardt Become Famous?

Sarah Bernhardt became famous largely due to her extraordinary talent and dedication to her craft. She was known for her powerful performances and her willingness to take on challenging roles. She was also known for her lavish lifestyle, which included an exotic pet collection, numerous lovers, and rumors of her sleeping in a coffin.

In addition to her talent and lifestyle, Sarah Bernhardt was also an adept self-promoter. She was a master of publicity and was one of the first celebrities to use the press to her advantage. She made sure her name was in the papers and used her celebrity status to further her career.

Sarah Bernhardt is still revered to this day for her influence on the performing arts. She was one of the first actors to use the press to her advantage and was a master of self-promotion. She was also an extraordinary performer, known for her powerful performances and impeccable technique.

In addition to her influence on the performing arts, Sarah Bernhardt was also a trailblazer in terms of women’s rights. She was a vocal advocate for women’s rights and was one of the first women to break into the male-dominated world of theater.

Sarah Bernhardt is an iconic figure in the world of theater and her legacy continues to live on. She was the first celebrity to use the press to her advantage and was an extraordinary performer. She was also a vocal advocate for women’s rights and is still revered today for her influence on the performing arts and her commitment to women’s rights.