The Top 5 Richest Billionaires in the World 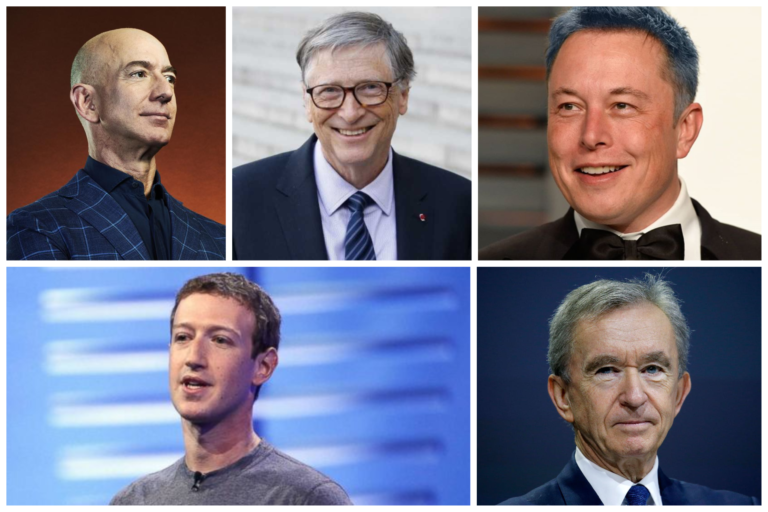 The world is full of wealthy individuals, and some of them are worth more than one could ever imagine. We’re talking about billionaires, of course, and the richest among them are worth an extraordinary amount of money. From tech moguls to retail tycoons, here we take a look at the top five richest billionaires in the world.

Elon Musk is an entrepreneur, investor, and engineer. He is the founder, CEO, and CTO of SpaceX and the founder of Tesla and The Boring Company. He is also the co-founder and former chairman of SolarCity. Musk is the wealthiest person in the world, with a net worth of $189 billion.

Bernard Arnault is a French business magnate, investor, and art collector. He is the chairman and CEO of LVMH, the world’s largest luxury goods company, which includes iconic brands such as Louis Vuitton, Dior, and Moët & Chandon. Arnault’s net worth is estimated to be $167 billion.

Gautam Adani is an Indian billionaire industrialist who is the chairman and founder of the Adani Group. He is the third-richest person in India, with a net worth of $130 billion. Adani’s businesses include energy, resources, logistics, agribusiness, real estate, financial services, and defense.

Jeff Bezos is an American entrepreneur and investor who is the founder, chairman, CEO, and president of Amazon. He is the second-richest person in the world, with a net worth of $120 billion. Bezos also owns The Washington Post and Blue Origin, a space exploration company.

Bill Gates is an American business magnate, software developer, investor, and philanthropist. He is the co-founder of Microsoft, the world’s largest personal computer software company. Gates has a net worth of $116 billion, making him the third-richest person in the world.

These five billionaires are the wealthiest in the world, but there are many other billionaires who are worth considerable amounts of money. Warren Buffett is an American investor, business magnate, and philanthropist who has a net worth of $110 billion. Larry Ellison is an American entrepreneur, investor, and philanthropist who is the co-founder, former CEO, and current chairman of Oracle Corporation. He is worth $96.6 billion. Mukesh Ambani is an Indian business magnate who is the chairman, managing director, and largest shareholder of Reliance Industries. He is worth $95 billion.

These five billionaires are just a few of the wealthiest people in the world. There are many others who have made their fortunes through investments, business ventures, and more. These individuals have amassed incredible wealth and have become some of the most influential people in the world.