The Top 5 Highest Grossing Films of All Time 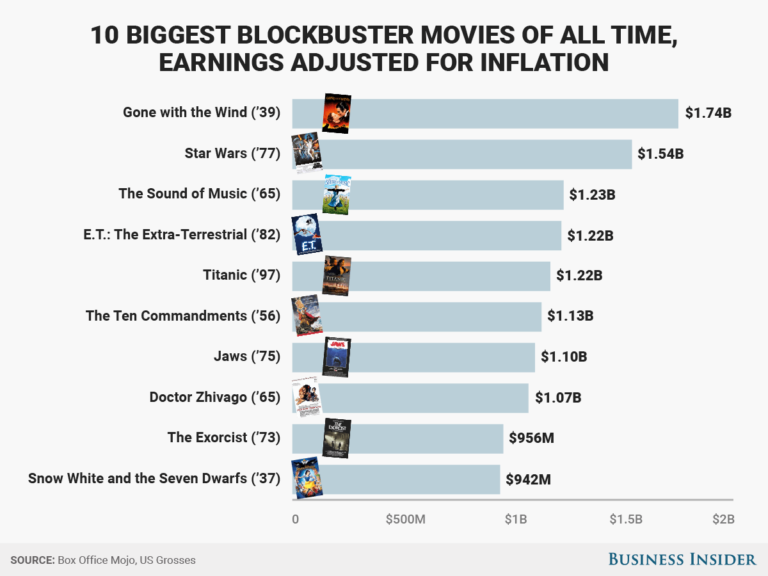 When it comes to movies, there are some that stand out above the rest. The films that make the biggest impact on audiences and rake in the most money at the box office, are the ones that make it onto the list of the highest grossing films of all time. From films released before the turn of the century, to those released in the last few years, here are the top five highest grossing films of all time.

Avatar, the 2009 science fiction epic from director James Cameron, is the highest grossing film of all time. It earned an impressive $2.8 billion at the global box office, and has since become a cultural phenomenon. The movie follows Jake Sully, a paraplegic Marine who is sent to the planet Pandora to help an alien race called the Na’vi. It features groundbreaking special effects and a unique story that has resonated with audiences around the world.

The Marvel Cinematic Universe’s Avengers: Endgame is the second highest grossing film of all time, earning an incredible $2.7 billion at the box office. The movie brings together all of the Avengers, as they attempt to undo Thanos’s snap and save the universe. It’s an action-packed and emotional ride, with plenty of plot twists and surprises that have made it a must-watch for Marvel fans.

James Cameron’s second entry on this list is his 1997 romantic drama, Titanic. It follows the ill-fated journey of the luxury passenger liner, and the love story between Jack and Rose. With its beautiful score, stunning visuals, and heartbreaking story, it’s no surprise that Titanic earned $2.2 billion at the box office. It has since become a cult classic, and is one of the most beloved films of all time.

The first installment in the sequel trilogy of the Star Wars saga, Star Wars: Episode VII – The Force Awakens is the fourth highest grossing film of all time. It brings together the original trilogy’s characters with a new set of heroes, and features some of the most iconic moments in the saga. It earned $2.06 billion at the global box office, and was a huge success for the Star Wars franchise.

The third installment in the Marvel Cinematic Universe’s Avengers saga, Avengers: Infinity War, is the fifth highest grossing film of all time. It brings together all of the MCU’s heroes as they attempt to stop Thanos from collecting all of the Infinity Stones. It earned $2.04 billion at the box office, and is one of the most beloved films in the MCU.

The upcoming year is set to be an exciting one for movie fans. There are a number of highly anticipated films set to be released in 2022, including the third installment of the Spider-Man franchise, Spider-Man: No Way Home. This is set to be one of the biggest films of the year, with an estimated budget of $1.9 billion.

Other films set to be released in 2022 include James Cameron’s Avatar 2, the sequel to his 2009 hit, as well as Fast & Furious 9, and the third installment of the Jurassic World franchise, Jurassic World: Dominion.

It’s set to be an exciting year for movies, with plenty of blockbusters set to hit the big screen. We can’t wait to find out which films will make it onto the list of highest grossing films of all time.