The Most-Viewed Music Videos in 24 Hours 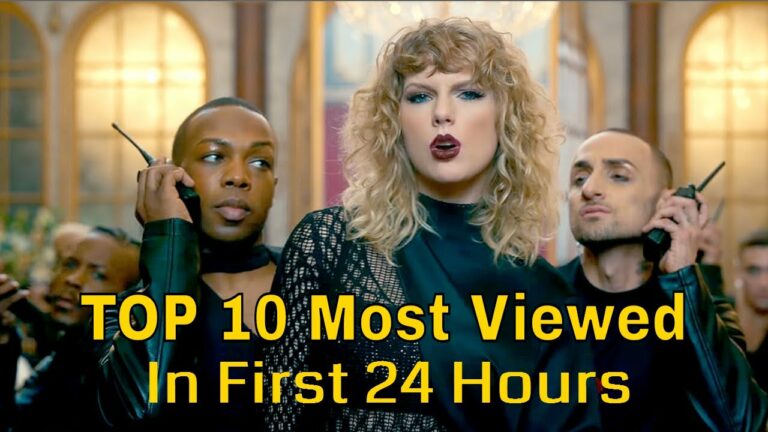 In the world of digital media, there are few things more impressive than garnering a huge number of views in just 24 hours. In the music industry, it’s no different. Music videos that get millions of views in just a day are the stuff of legend, and there are a few that have achieved this feat. Here, we’ll take a look at the most-viewed music videos in 24 hours and the stories behind them.

2. BTS and Blackpink Lead the Way

The K-pop genre has been growing in popularity over the past few years and it’s no surprise that the two biggest names in the industry are at the top of the list for most-viewed music videos in 24 hours. BTS and Blackpink have been dominating the charts for years and their music videos have been some of the most-viewed in the world.

BTS have been able to break their own record twice now with their music videos for “Butter” and “Dynamite”. This is a testament to the group’s immense popularity and the strength of their fan base.

Blackpink have also been able to break records with their music videos. “How You Like That” has been their most-viewed video in 24 hours to date and it’s no surprise that they’ve managed to get into the top three.

Other music videos that have managed to get millions of views in 24 hours include “Ice Cream” by Blackpink and Selena Gomez, “Boy with Luv” by BTS featuring Halsey, “Lalisa” by Lisa, and “Permission to Dance” by BTS.

The music video for “Ice Cream” managed to get 79 million views in 24 hours, which is an impressive feat for a collaboration between two of the biggest names in the music industry.

“Boy with Luv” managed to get 74.6 million views in 24 hours and is one of the most popular songs from BTS. This is likely due to the fact that it features Halsey, one of the biggest names in pop music.

“Lalisa” is a solo song from Lisa from Blackpink and it managed to get 73.6 million views in 24 hours. This just goes to show that Lisa is a force to be reckoned with in the K-pop industry.

Finally, “Permission to Dance” is another song from BTS and it managed to get 72.3 million views in 24 hours. This is another testament to the strength of the BTS fan base.

In conclusion, the most-viewed music videos in 24 hours are impressive feats and they are a testament to the power of the digital age. BTS and Blackpink have been leading the way in terms of garnering the most views in a day and it will be interesting to see if anyone else can break their records in the future. Additionally, there are plenty of other music videos that have managed to get millions of views in 24 hours and this just goes to show the immense popularity of the music industry.