The Four Richest People in the World in 2022 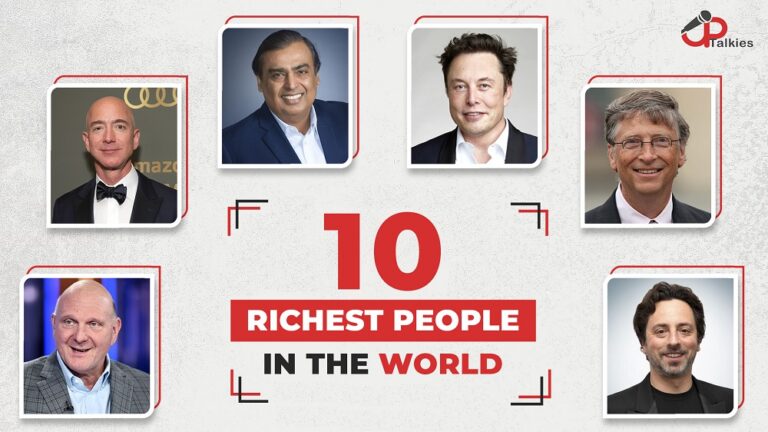 As of November 18, 2022, the four richest people in the world are Elon Musk, Bernard Arnault, Gautam Adani, and Jeff Bezos. With a net worth of roughly $191.4 billion, Tesla and SpaceX founder Elon Musk is the world’s wealthiest person, followed by LVMH founder and CEO Bernard Arnault (No. 2, $176.9 billion), Indian business tycoon Gautam Adani (No. 3, $141.4 billion); and Amazon founder Jeff Bezos (No. 4, $118.2 billion). Let’s take a look at the lives, businesses, and successes of these four remarkable individuals.

Elon Musk: Richest Person in the World in 2022

South African-born entrepreneur Elon Musk is the wealthiest person in the world in 2022, with a net worth of $191.4 billion. Musk is the founder and CEO of Tesla, Inc., the electric car manufacturer, and SpaceX, the aerospace manufacturer and space transportation services company. He is also the founder of The Boring Company, a tunnel construction company, and Neuralink, a neurotechnology company.

Musk rose to fame in the early 2000s with the success of his online payment company, PayPal. In 2002, Musk founded SpaceX to develop and manufacture space launch vehicles. The company has since become the first private company to send a spacecraft to the International Space Station, and the first to launch an object into orbit around the Sun.

Musk founded Tesla, Inc. in 2003. Tesla is now the world’s leading electric car manufacturer, producing cars that are more efficient, reliable, and affordable than their gas-powered counterparts. Tesla is also the leading producer of electric vehicle batteries, and the company has recently begun to produce solar panels and energy storage systems.

Gautam Adani, Bernard Arnault, and Jeff Bezos are the world’s second, third, and fourth wealthiest people in 2022. Adani is an Indian business tycoon, the founder of the Adani Group, a conglomerate with interests in energy, logistics, agribusiness, real estate, and infrastructure. Adani is the second-richest person in the world, with a net worth of $141.4 billion.

LVMH founder and CEO Bernard Arnault is the world’s third-richest person in 2022, with a net worth of $176.9 billion. Arnault is a French business magnate and investor, and he is the chairman and CEO of LVMH, the world’s largest luxury goods company.

Jeff Bezos, the founder and CEO of Amazon, is the fourth-richest person in the world in 2022, with a net worth of $118.2 billion. Bezos started Amazon in 1994 as an online bookstore, and it has since grown to become one of the largest companies in the world. Amazon is now a leader in e-commerce, cloud computing, and artificial intelligence.

Elon Musk, Gautam Adani, Bernard Arnault, and Jeff Bezos are the four richest people in the world in 2022. These four remarkable individuals have achieved incredible success in their respective fields, and their accomplishments serve as an inspiration to entrepreneurs, businesspeople, and everyday citizens alike. The success of these four individuals is a testament to the power of hard work, determination, and ambition.