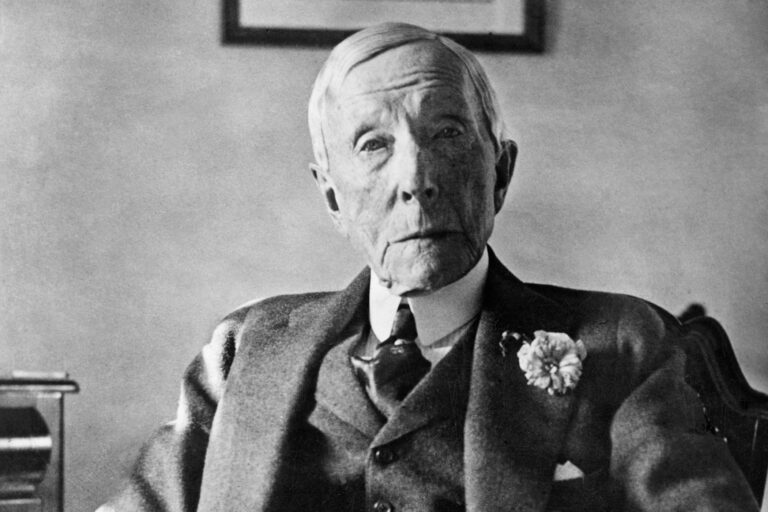 John D. Rockefeller was one of the most influential business tycoons of all time. He was the founder of Standard Oil Company and the first person to ever reach a nominal personal fortune of $1 billion. On September 29, 1916, Rockefeller became the first person to ever reach such a milestone, equivalent to $17 billion in 2020. In this blog post, we will explore the life and legacy of John D. Rockefeller and how he became the world’s first billionaire.

I. Who was John D. Rockefeller?

John D. Rockefeller was born on July 8, 1839, in Richford, New York. He was the second of six children born to William Avery Rockefeller and Eliza Davison. As a child, Rockefeller had a strict religious upbringing and was taught the value of hard work, honesty, and integrity. His father was a successful businessman, and it was from him that Rockefeller learned many of the principles of business and finance.

Throughout his teenage years, Rockefeller worked a variety of odd jobs to help his family make ends meet. He also attended business school and worked as a bookkeeper and accountant for various businesses. In 1859, Rockefeller and his brother, William, founded the oil refining business that was later known as Standard Oil.

II. How Did Rockefeller Become the First Person to Reach $1 Billion?

Rockefeller’s business acumen quickly enabled him to dominate the oil industry. By 1870, Standard Oil had become the largest oil refining company in the world. Rockefeller used a variety of tactics to gain an edge over his competitors, including aggressive pricing, buying up rivals, and cutting costs wherever possible. These tactics enabled Standard Oil to dominate the industry, and by 1882, the company controlled 90% of the oil refining market in the United States.

Rockefeller’s success enabled him to become the world’s first billionaire. On September 29, 1916, he became the first person to ever reach a nominal personal fortune of $1 billion. This was an incredible milestone and a testament to Rockefeller’s business savvy and ability to identify and capitalize on opportunities.

John D. Rockefeller is remembered as one of the world’s most successful businessmen. His legacy is one of hard work, innovation, and integrity. Throughout his life, Rockefeller used his wealth to fund philanthropic endeavors, including educational institutions, hospitals, and libraries. His legacy is one of generous giving and a commitment to making the world a better place.

Today, Rockefeller’s legacy is carried on by his descendants. His great-grandson, David Rockefeller, Jr., is a successful businessman and philanthropist who has carried on the family’s tradition of giving back to the community.

John D. Rockefeller’s story is an inspiring one. He was the first person to ever reach a nominal personal fortune of $1 billion and his success was a testament to his hard work and business acumen. He used his wealth to fund philanthropic endeavors and left behind a legacy of generosity and integrity. His story is an inspiring one that continues to inspire generations of entrepreneurs.