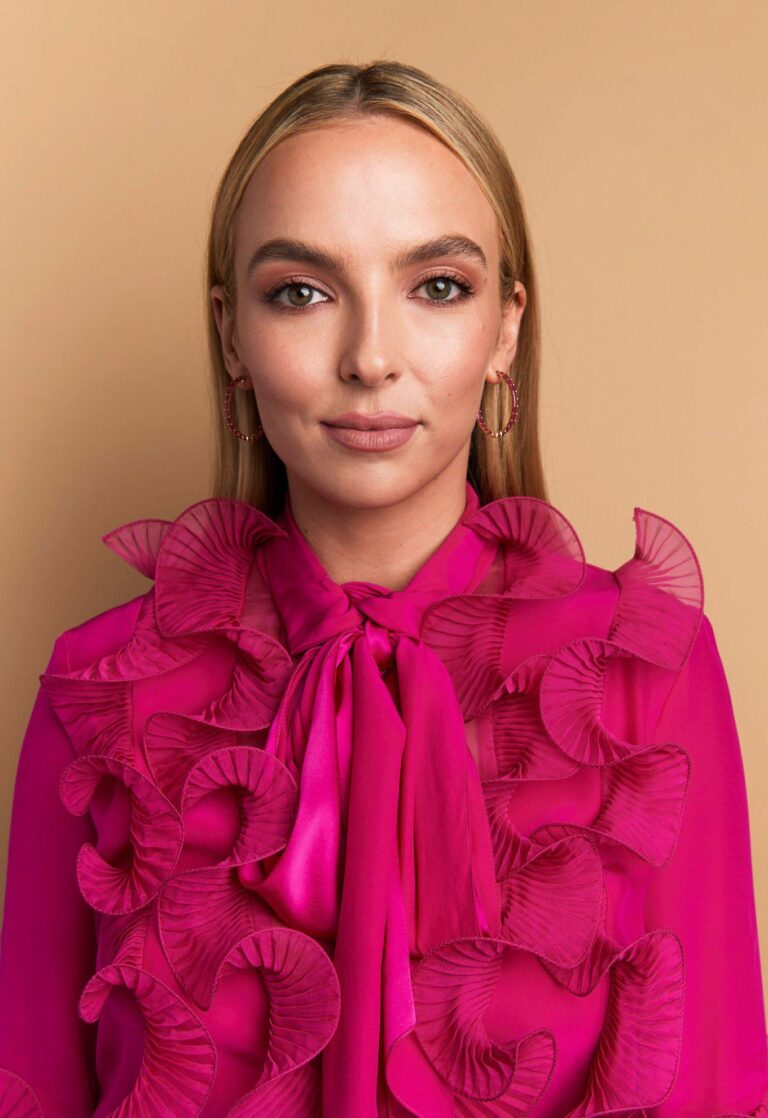 British actress Jodie Comer has been crowned the most beautiful woman in the world in 2022, according to science. The 29-year-old Liverpool-born actress’s title is based on the scientifically-proven golden ratio of beauty Phi. The golden ratio is a mathematical equation used to determine physical perfection and is said to have been used by the ancient Greeks to measure beauty.

In a study conducted by the Centre for Advanced Facial Cosmetic and Plastic Surgery, Jodie Comer was found to possess near-perfect facial symmetry and proportions. Her face was found to be 94.35% accurate to the golden ratio of beauty Phi which is said to be the measure of perfection in the human form.

The study also revealed that Jodie Comer has the perfect proportions of lips and eyes, as well as the perfect jawline and chin. Her skin is also flawless and her beautiful hair is the envy of many women around the world.

Jodie Comer has been in the public eye since she was a teenager, having appeared in several television shows and films. She is best known for her role in the critically acclaimed TV series Killing Eve, where she plays the role of the assassin Villanelle. She has also appeared in the films Starred Up and The White Princess.

Science Proves Jodie Comer is the Most Beautiful Actress

The study measured each celebrity’s face in terms of the distance between their eyes, the length of their nose, the shape of their lips and the angle of their jaw. The data was then compared to the golden ratio of beauty Phi which is said to be the measure of perfection in the human form.

The results of the study showed that Jodie Comer had the most perfect facial symmetry and proportions with 94.35% accuracy to the golden ratio. This means that according to science, Jodie Comer is the most beautiful female celebrity in the world.

Jodie Comer has always been a natural beauty, but that alone isn’t enough to achieve the title of the world’s most beautiful woman. The actress has worked hard to maintain her perfect figure and flawless skin. She follows a strict diet and exercise routine and takes great care of her hair and skin.

The 29-year-old Liverpool-born actress is also a big believer in the power of makeup. She knows how to use makeup to enhance her features and bring out her natural beauty. She often uses makeup to contour her face and make her features stand out.

Jodie Comer is also a fashion icon and always looks stunning in the outfits she chooses. She is often seen in stylish and sophisticated outfits that accentuate her beauty.

Finally, Jodie Comer has achieved her title of the world’s most beautiful actress by staying true to herself and staying humble. She is known for her kind and generous nature and always takes the time to engage with her fans.

Jodie Comer is the most beautiful actress in the world in 2022 according to science. Her perfect facial symmetry and proportions, flawless skin, and stylish fashion sense have all contributed to her title. The 29-year-old Liverpool-born actress has worked hard to maintain her beauty and her humble and kind nature have only added to her charm. Jodie Comer is a true icon and an inspiration to many.