Jesus Christ – The Most Famous Person in History 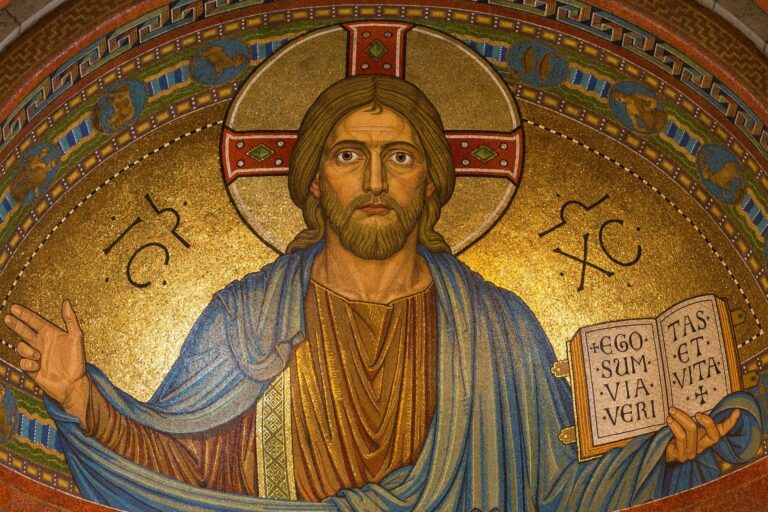 Jesus Christ is one of the most famous people in history. He is widely known as the son of God, the founder of Christianity and is a figure of immense significance in many world religions. This article will examine who Jesus Christ is, his role in Christianity, and the legacy he has left behind.

I. Who is Jesus Christ?

Jesus Christ is the central figure of Christianity, and the most widely recognized religious figure in the world. He is believed to be the son of God, and the savior of humanity, who was sent to Earth to redeem mankind from sin. Jesus was born in Bethlehem, Palestine, to Mary, who was found carrying a child of the Holy Spirit, according to the Bible (Matthew 1:18). He was both a human and a divine being (John 20:28).

During his life on Earth, Jesus preached a message of love and forgiveness, and performed miracles such as healing the sick and restoring sight to the blind. He also had the power to cast out demons and raise the dead. Jesus was betrayed by Judas Iscariot and was crucified by the Roman authorities. He was buried in a tomb, but three days later he rose from the dead and ascended into Heaven (Luke 24:1-7).

II. The Role of Jesus in Christianity

Jesus is the central figure of the Christian faith. He is believed to be the son of God, and his life, death, and resurrection are seen as the fulfillment of God’s plan for humanity. Jesus is the founder of Christianity and the source of its teachings. He is seen as the ultimate example of love, forgiveness, and compassion, and his teachings are the foundation of the Christian faith.

Jesus is also seen as the mediator between God and humanity. He is believed to have died on the cross to pay the price for the sins of mankind, and to have opened up the way for people to be reconciled to God. Through his death, Jesus made it possible for people to be forgiven and to receive eternal life (John 3:16).

III. The Legacy of Jesus Christ

The legacy of Jesus Christ is one of love, hope, and forgiveness. His teachings of love and compassion have inspired millions of people around the world, and his example of self-sacrifice and humility has been an inspiration to countless others. His teachings have shaped the moral and ethical values of many cultures and societies, and his message of love and forgiveness has brought peace and healing to countless people.

The legacy of Jesus Christ is one that will continue to inspire and guide people for generations to come. His words and teachings have changed the lives of millions of people, and his example of love and sacrifice will continue to be a source of strength and hope to those who follow him.

Jesus Christ is the most famous person in history, and his legacy will continue to live on for generations to come. He is a figure of immense significance in many world religions, and his teachings of love, forgiveness, and justice will continue to be a source of inspiration and hope to people all around the world.