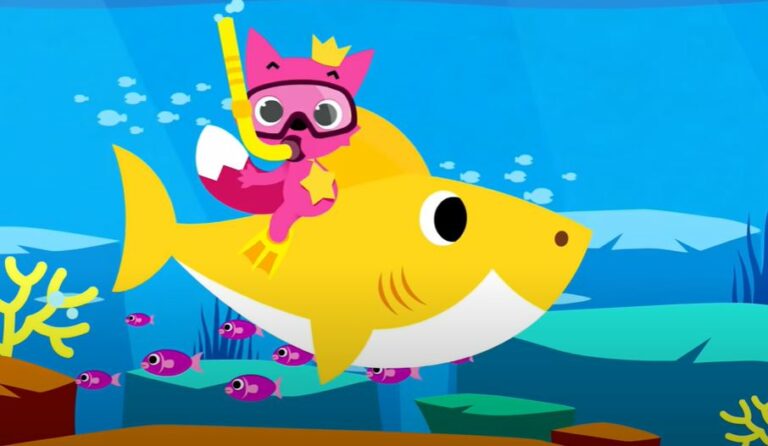 It’s hard to believe that the most-viewed video on YouTube is a children’s song, but that’s exactly what happened when Pinkfong’s “Baby Shark” reached 10,000,000,000 views on January 13, 2022. The video, which was first released in 2016, quickly became a global sensation, with millions of people around the world singing along to its iconic chorus.

“Baby Shark” first gained traction in South Korea, where it was used to teach children about marine life. As the song spread around the world, it was adopted by parents, teachers, and children alike, becoming an international phenomenon. The catchy tune, accompanied by colorful graphics and an easy-to-remember dance, quickly rose to the top of the charts and remains the most-viewed video of all time.

The success of “Baby Shark” can be attributed to a combination of factors. First and foremost, it was the right video at the right time. The song was released during a period when children’s content was rapidly gaining popularity, and “Baby Shark” was able to capitalize on this trend. Second, the song was extremely catchy and easy to remember, making it perfect for sing-alongs and viral videos. Finally, Pinkfong, the company behind the video, made sure to promote “Baby Shark” aggressively on social media and other platforms.

The most important factor, however, was the song’s appeal to children and parents alike. “Baby Shark” was designed to be fun and educational, and it resonated with viewers of all ages. Kids loved singing along to the catchy chorus, while parents enjoyed watching their children learn about marine life. This broad appeal is what allowed the song to reach such a massive audience.

The Impact of “Baby Shark” on Popular Culture

The success of “Baby Shark” has had a profound impact on popular culture. The song has been covered by dozens of artists, including Justin Bieber and Pink. It has been featured in movies, commercials, and video games, and it has been used to teach children about a variety of topics.

The song has also become an internet meme, with people creating their own versions of the dance and creating humorous videos and GIFs. “Baby Shark” has even been used in political campaigns, with several candidates using the song as part of their campaigns.

The success of “Baby Shark” has also had an impact on the music industry. Many record labels have taken notice of the song’s success and have started to look for similar songs that can reach a wide audience. This has led to an increase in the production of children’s music, as labels look for the next “Baby Shark”.

At the end of the day, it’s clear that “Baby Shark” is here to stay. The song has achieved a level of success that few could have predicted, and its impact on popular culture is undeniable. It’s likely that “Baby Shark” will continue to remain a part of the cultural landscape for years to come.